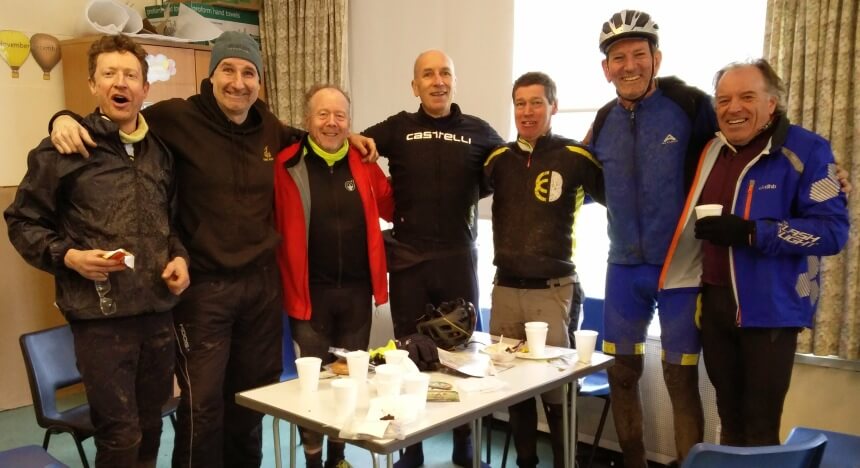 7 hardy BCC members took on the Chilterns Wildwood CX Sportive on Sunday 12th February. The start was cold with a mixed group of bikes ranging from full on CycloCross racers to recreational MTB’s. The club contingency of Alan Farrance, Trevor Hill, Robin Lord, Simon May, Julian Ormerod, Neil Ruthven and Tim Warrell also had a mixture of bikes for the mid 60km route.
A couple of slight mechanicals on the start line, Trevor had a pedal dust cap fall off and Julian realised that, from packing his bike for transport, he had the handlebar stem on back-to-front.
The route was a mixture of road, farm track and trails, the latter of which were very muddy with one or two steep descents, muddy/chalky climb’s and big puddles. Great fun but hard work!
The group stared together but Alan was on strong form and soon had a gap off the front.
A stray farmers dog that was having great fun trying to keep up with the riders was corralled by Simon, Trevor and Neil and the 70+ year old owner managed to get the dog leashed.
On route Trevor’s handle bars worked loose (well it is a 20+year old Raleigh MTB) and were tightened before any ‘incident’ occurred.
Tim picked up a slow puncture around 15km from the finish and managed to limp along till 5km to go but had to stop and repair the tubeless tyre. After realising that the repair didn’t hold he had a hitch a lift back to the finish.

Alan was the first of the club to finish with 22nd place overall (from 105 starters) and 10th in his age group.

All-in-all a great event, very well organised and sign-posted with feed station and tea at the finish.

The club will be back next year! 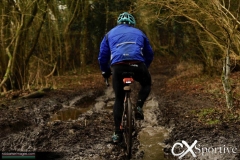 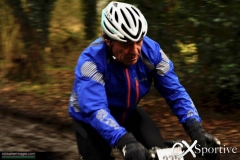 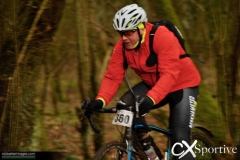 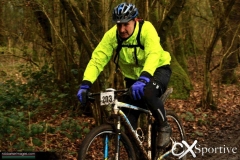 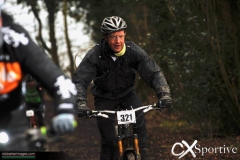 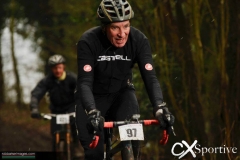 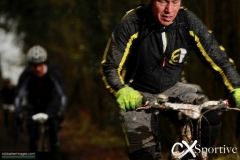