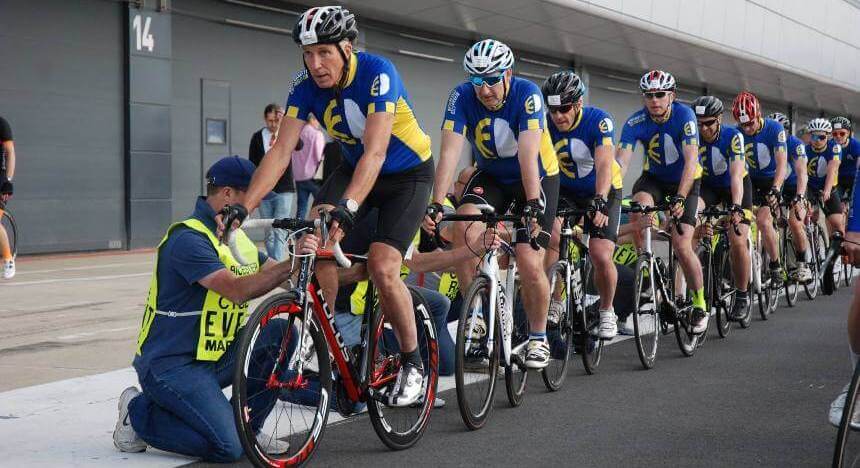 Club members have been out and about in both the UK and Europe over the past couple of weeks along with one or two notable achievements for the Performance Academy.
Tom Newton has moved up to 3rd category racer (more info and pictures on our performance post).

The BCC men’s teams did a fantastic job in the Bicester Millennium 9-up Team Time Trial at Silverstone Grand Prix circuit. BCC1 and BCC2 were ranked 16th and 23rd overall with times of 24:55 and 26:16 respectively over 3 laps of the 3.7 mile circuit. This is impressive considering the average age of our riders. 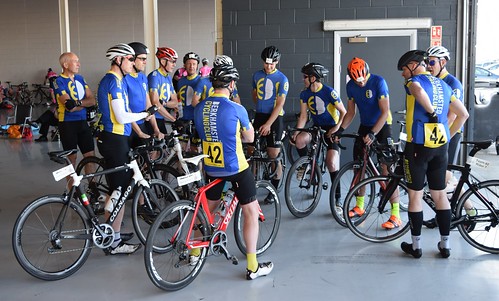 Julian Ormerod and Jeremy Harrison took part in the Dragon Ride L’Etape Wales by Le Tour de France. The weather was appalling and the hills steep but they both had a great ride. (Photo credit to SportCam)

Becky Kervell and some of the Berkhamsted Mountain Bike club were off to France for a great Alps weekender up Alpe D’Huez and a few other Cols.

Andy King and Guy McGinn are just about to embark on a track training session at the Lee Valley Olympic Velodrome.

Graham Earl completed a sterling penny farthing race in the Rapha London Nocturne finishing in 7th place despite being hampered with seized steering on the last lap.