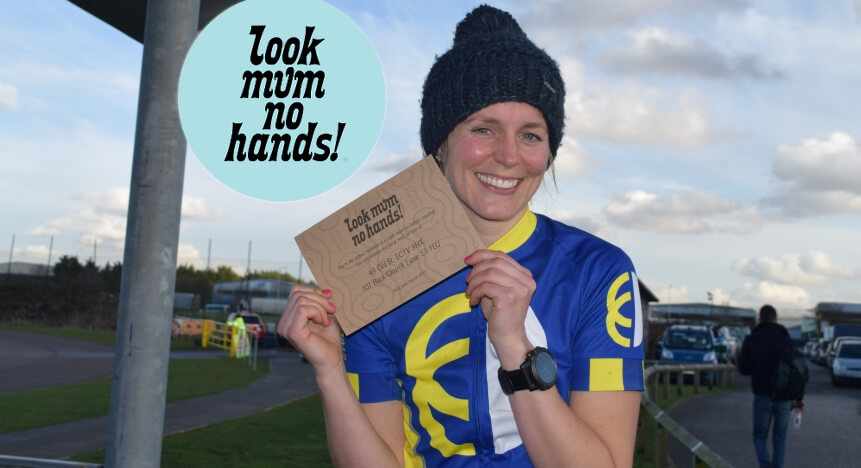 The BCC Academy race team were out in force at Hillingdon crit racing on Saturday 4th Feb 2017 for the penultimate round of the Imperial Winter Series (round 8 of 9).
The men’s team consisted of Alex Edgar, Richard Metcalfe, Simon Pearce and Tommy Wong with Kristin Stolpe and Sarah Warrington the women’s team.
The support crew (cheerers, photographers, general assistance) were Trevor Hill, Nick Kurth, Simon Voysey, Marie Wilson (Tommy’s better half) and Charles Windsor.
This was Sarah’s first crit race of the year and (having still got the remains of a winter bug) she was a little apprehensive of the race. Kristin offered full support along with Charlotte Davies (racing for Lovelo Cinelli RT).
The men were raring to go with Simon (after his 3rd place the previous week) determined to place higher up the field and possibly move into cat 3 racing.
The men’s race got under way with brilliant sunshine, dry track and capacity 50 riders. 15 women riders started 1 minute behind the men and race 5 laps less than the men (mainly to avoid confusion at bunch sprint finishes). The women are lapped at couple of times during the race and safety is in the mind of all racers.

All the BCC men kept safely in the pack for the majority of the race until around 3/4 way through when Tommy couldn’t hang on. A final push with heart rate at 195 bpm saw Tommy drop of the back and he called it a day.
Simon was looking very strong but a puncture with 4 laps to go put him out of the race.
Richard was caught up in a crash on the last lap and didn’t finish; no injuries and the bike was fine.
Alex was also caught up in the crash but finished the race down the field.

The women’s race had Kristin constantly attacking of the front with Sarah staying in the bunch. There was slight confusion with 5 laps to go as the men overtook the women and the men decided to ease up. Lots of shouting from the women got the men out of the way.

Kristin put in a huge effort to take 1st place also wining the Queen of the Mountains jersey and the Combative award. The prize being a Look Mum No Hands! Dinner for 2 and summer jersey. Sarah finished in the bunch showing great promise for the year.

For more information about the BCC Academy and how to get involved please click here.

Photos from Hillingdon can be viewed by clicking on the Flickr image below. 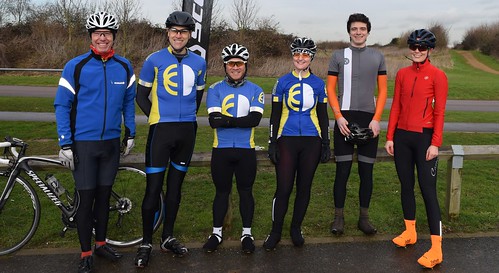