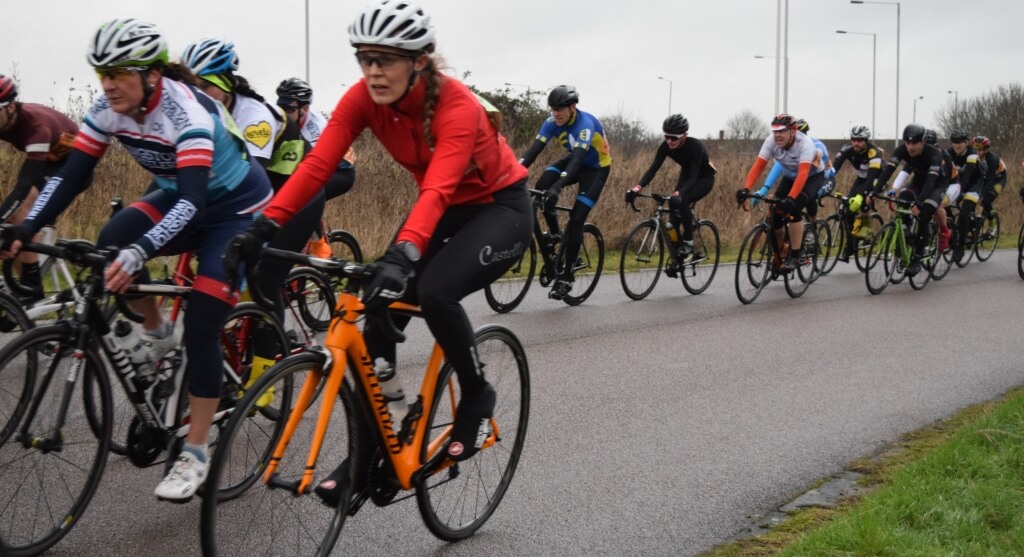 BCC racers Kristin Stolpe and Simon Pearce were in action at Hillingdon Imperial Winter Series round 4 of 9 on Saturday 7th January 2016. The men’s Cat ¾ race had a full field of 60 racers and the women had 11 racers. Conditions were good for the time of year with no rain/wind and only a slightly damp track.

This was Kristin’s first time at Hillingdon and she was a little apprehensive but her fears were unfounded. She had a great race spending time on the front pulling the bunch along and would have been in the top 5 had it not been for a ‘grass track’ excursion on the last corner when Kristin tried to overtake where there wasn’t really the space.
Chapeau Kristin (she is wearing the red top in the pictures and videos below) and the club hope that you continue along the racers path.

Simon had a safe race mainly staying in the bunch and finishing just outside the top 10. 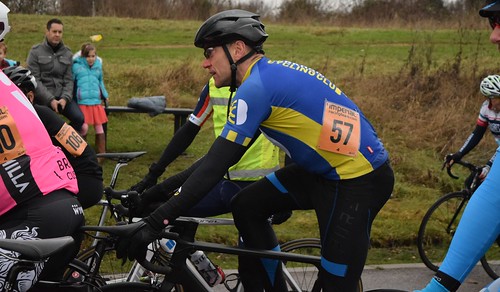