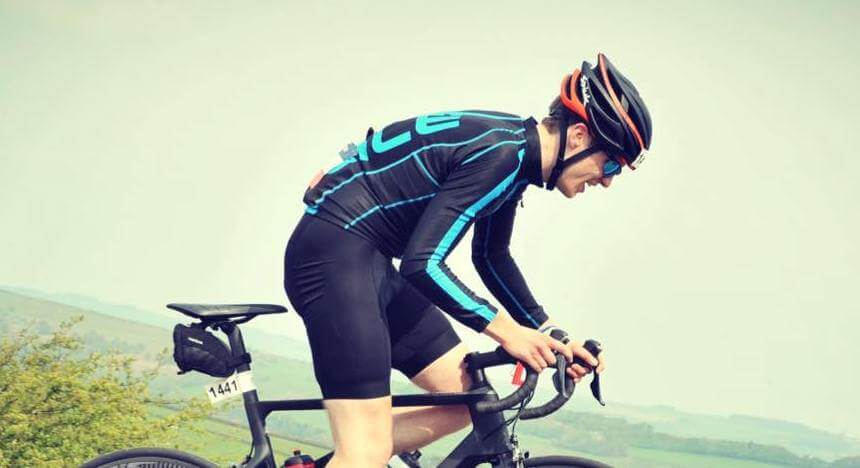 James Taylor rode in the Tour of Wessex, a three-day sportive. Not a stage race, but still a tough ride. Here is James’ account of the event:

Day 1: 100 Miles, 7,200 feet
The start of the first ride took me north into the Mendip Hills and a climb up through Cheddar Gorge, followed by some further tough climbs including a couple with gradients of over 20%. Finally, I looped back through Glastonbury then back to the HQ.

Day 2: 120 Miles, 7,500 feet
The second day started with a storm which turned the roads to rivers, fortunately after an hour or so the rain cleared and the sun came out. This ride was the longest of the weekend and took me south down to the Dorset coast and Corfe castle. There was only 1 significant climb about half way through the ride, which was 2 Miles long with an average gradient of 4% maxing out at 17%, the remainder of the ride was on rolling terrain back to the HQ.

Day 3: 107 Miles, 10,000 feet
Today’s ride would have been a very tough ride without 220 Miles in the legs as it included multiple difficult climbs. The pace at the start of today was much slower than previous days as everybody tried to save as much energy for the hill later in the ride. The first climb of the day was 1.5 Miles at 7% with multiple sections over 20%, this was followed by a 1.2 mile climb at 10% which took me into Exmoor.
Fortunately, the ride took us down the A39 (the steepest A road in the UK) which had gradients in excess of 25%. Though this meant ascending Dunkery Beacon, a 1.9 Mile climb averaging 10.3% with multiple sections in the high teens. With one final tough climb back through the Quantock hills, I had completed the event.

If you’re thinking of doing a multi-day sportive I would highly recommend the Tour of Wessex. A very well organised sportive with 3 great routes providing a real challenge in some stunning scenery.