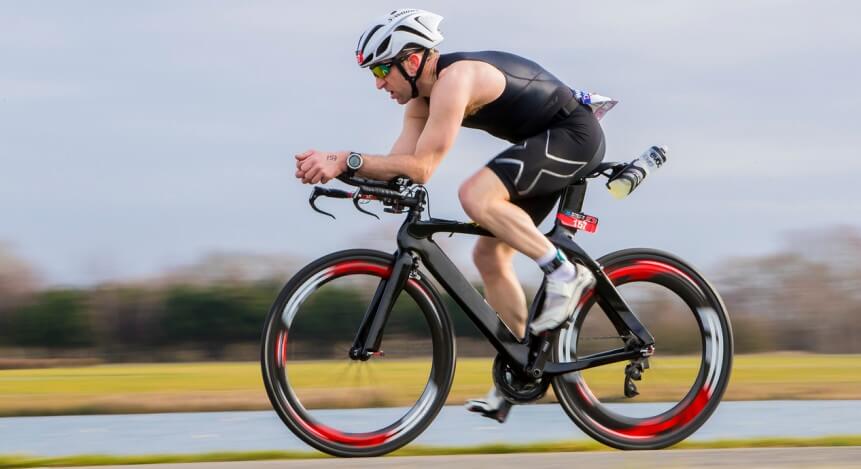 ***UPDATE*** from Matty on the 2017 Soria Standard Distance Duathlon European Championships in Spain…
“For those unaware this weekend I travelled to Soria (in northern Spain) to compete in the European duathlon championships to represent Great Britain once again.
This time however I was competing in a longer distance event known as the “standard distance duathlon” which comprises of a 10km run followed by a 40 km bike topped off with a 5km run.
The race started at 11:25 on Sunday morning and the only thing tougher than the terrain for the event was the conditions seeing 39kmph winds and rain throughout. The town of Soria is a beautiful town approximately two hours north of Madrid some 3000feet above sea level and surrounded by hills that most cyclists would grimace at. 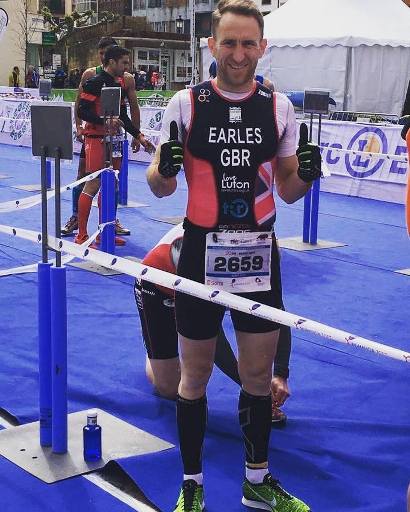 I hadn’t ever in my wildest dreams imagined I would be competing in such an event so certainly had no pressure or expectations of myself, just beating there and donning the GB tri suit was enough. I’m known for being a pretty gritty cyclist so the terrain and conditions could only benefit me BUT the total of 15 kilometres of running on the undulating course would certainly not play to my strengths.
Below are some of the stats for the race should those of you who pay an interest I like to know.
Total race time: 2 hrs 18 mins 29 seconds
48th overall out of 260 competitors
11th out of 36 in my age category
3rd fastest British in my age category
20th fastest bike split out of 260
Long story short I’m the 11th fastest (40-44 year old) in Europe and the third fastest in Britain.
I’m rather disappointed with my performance as I don’t enter races to come eleventh but it would seem I’ve made a few people proud so with that in mind I’m a winner.
Many thanks to those who have shown an interest or offered words of support.”

BCC 2nd claim member Matty Earles started his duathlon season off with a bang in the 2017 Windsor Duathlon series at Dorney Lake on Sunday 19th February.

Matty finished an excellent 6th overall and 2nd in his age group with a time of 2hrs 3mins 17secs in the race consisting of a 10km run / 40km bike / 5km run. He achieved a 35+ km/h average bike speed in very windy conditions with one of the fastest transition times (the time taken to transition from running to cycling).

**UPDATE** Matty finished 1st place in the veteran age group and and 5th overall at Eton Dorney in Sprint Duathlon on Sunday 19th March. Improving all the time – Go Matty! 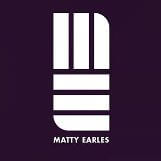 The next race for Matty is the Ashridge duathlon and he is a keen supporter of local events in his home town of Luton. Follow Matty’s adventures on Instagram by clicking here.

For an insight to what it takes to be a GB duathlete click here to read Matty’s article that’s full of tips and advice for training and nutrition.

His passion for cycling is immense and the club wishes Matty all the best for 2017 and beyond! 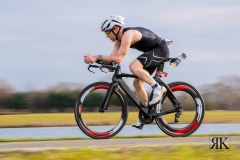 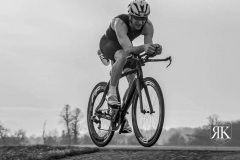 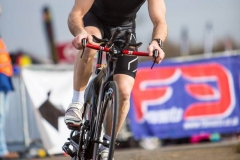 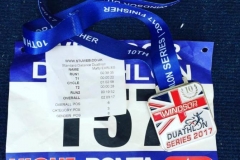 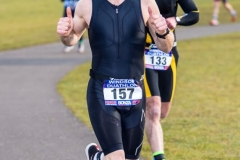