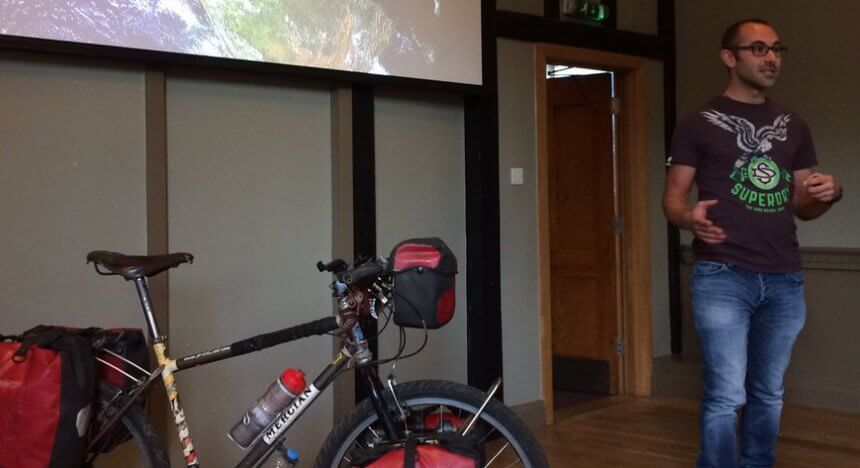 Now you may not know this, but you might have guessed it, Chris Smith (our Treasurer) is originally from Derby. In fact his brother still lives there and he is a member of their local cycling club: Cycle Mickleover where Leigh Timmis is also a member. So Chris’ brother was able to connect him with Leigh and that is how we came to have Leigh for talk on Thursday 20th July 2017.

Back in 2010 Leigh embarked on an adventure to cycle solo around the world on a budget of £5 a day. When he left Derby on “Dolly” he estimated it would take him 2 years but this epic adventure ended up taking him 7 years. In that time he traveled over 43,000 miles across 51 countries, suffered extreme heat and cold, faced off with lions and bears and even Australians!, was detained, drugged and robbed. Amidst all of these life-changing experiences he found much goodness and strength of humanity that saw him through.

The feedback from the club has been excellent on this talk. It may come as a surprise to those who didn’t make it, but Leigh spoke more about meeting people on his travels than the cycling itself. An inspirational account from an inspirational fellow. On behalf of the club, many thanks to Leigh for giving this talk! Chapeau! 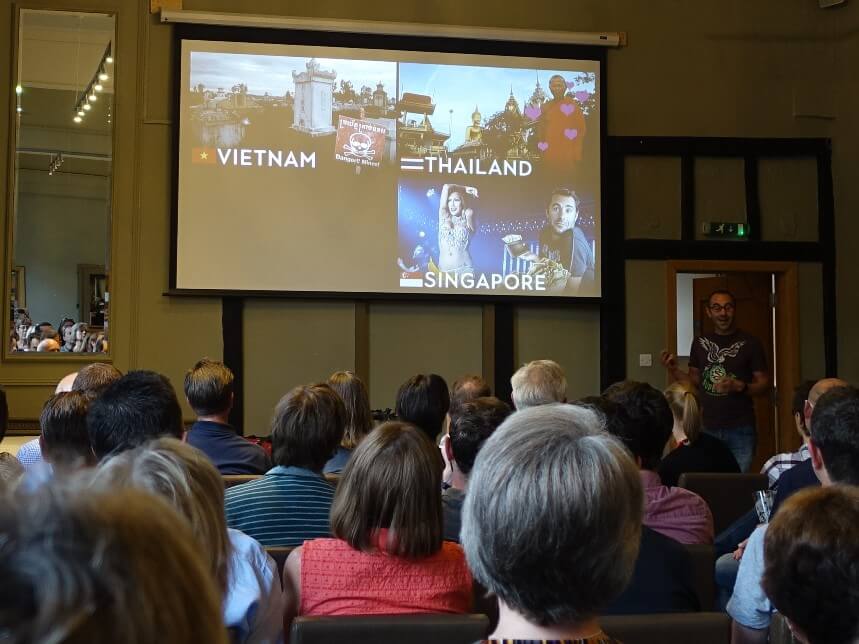 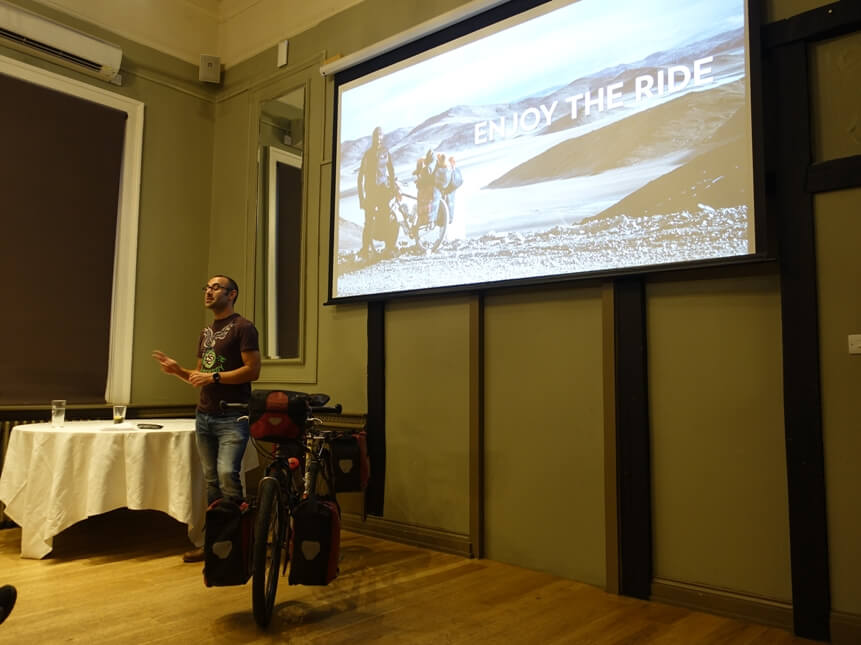 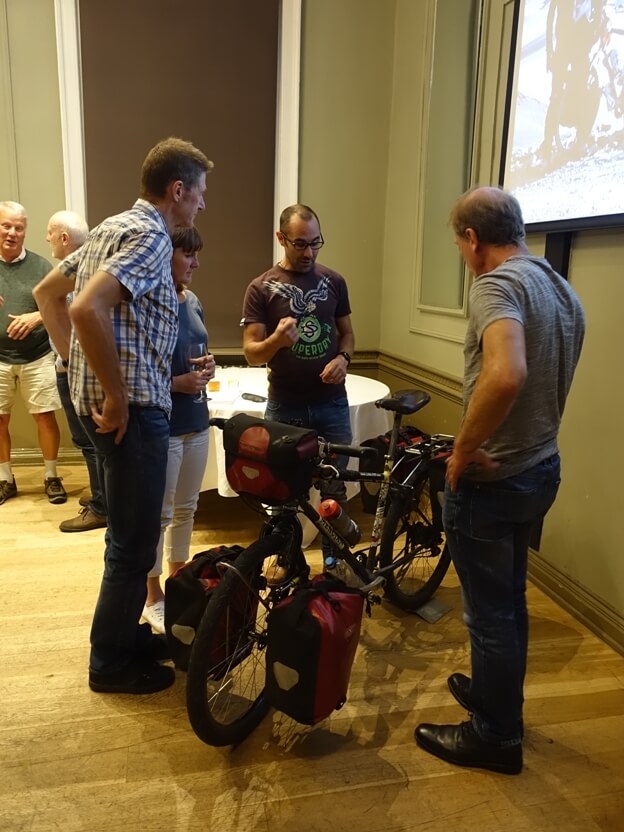 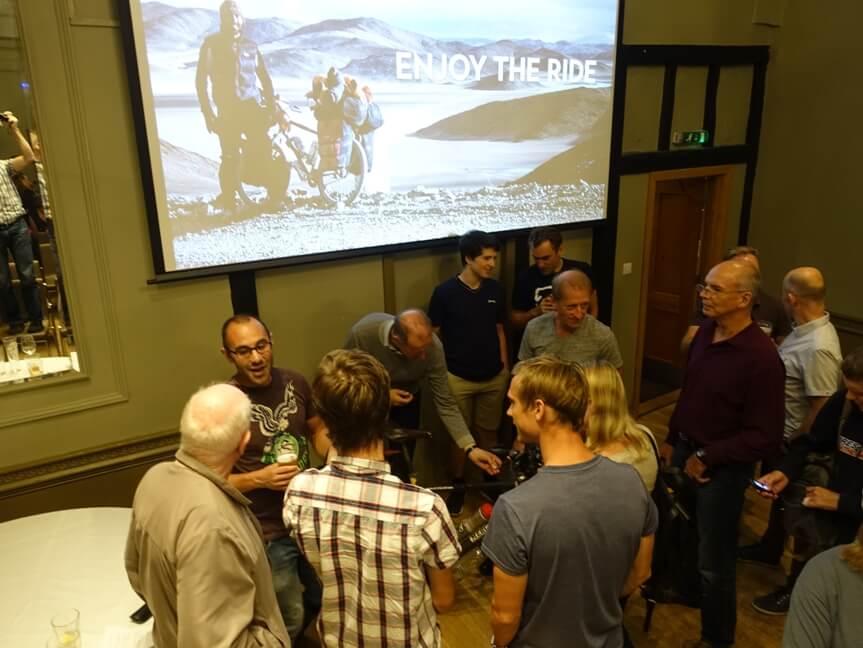