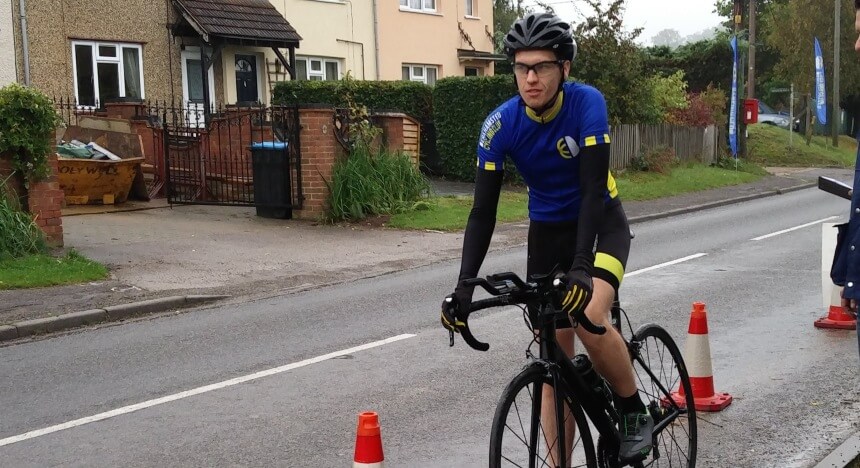 Up and coming star in the BCC ranks, James Taylor, was out on both days at the weekend, making significant steps forward. Well done James, on two excellent results.

After a week cycling in Spain (if it’s good enough for the pros…), with a decent amount of base miles in my legs, I was ready to start my race season. I was a little apprehensive after multiple set backs last year, but I turned up to a cold damp MK bowl on Saturday morning.

After a few warm up laps of the track with Richard, we were ready to race. As if on cue, as the race started so did the rain, wonderful. The pace started off steady as we completed the first few laps. 5 minutes in, and with no increase in the pace, I attacked up the hill, I checked back to see if anybody was joining me, but nobody else decided to join in the fun.

After about 5 minutes off the front the bunch started bringing me back, so I sat up and rejoined them. I burnt a few matches in my breakaway so now was time to recover, I moved to the back of the group and let everyone else do the work.

With the rain persisting and conditions not getting better, nobody else tried to get off the front. 50 minutes in, the 5 laps to go board went up, and so did the pace. It continued to ramp up, stretching out the group and a few gaps started to form, at this point I was quite far from the front.

Going into the final lap, I was sitting in around 20th position, as we came onto the back straight, as we began going uphill, I started my sprint early. I started picking off those in front of me, more gaps were opening as I went up the hill, and the possibility of a top 10 finish was increasing. I gave one final push and overtook a few others just before the line moving into the top 10, and claiming my first ever BC points. Final positions are still to be confirmed, but best case is 7th. Now time to recover for a time trial on Sunday. 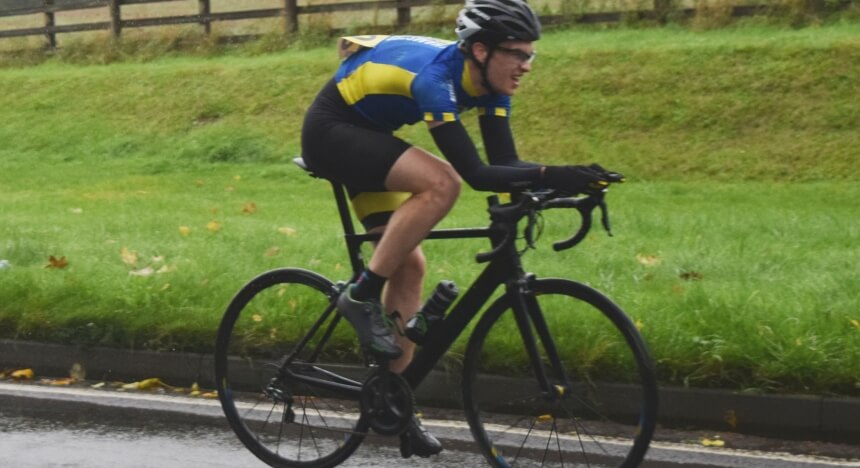 A Time trial which includes going up Bison hill and Invinghoe Beacon at 8 am on a Sunday morning, most people’s idea of hell, but for 91 of us, we fancied putting ourselves through an hour of hell. I started well and was feeling good, catching my minute man half way up Bison hill. My legs were screaming at me on the long drag up to the Beacon, but the end was in sight. Going into the final straight with a slight tail wind I pushed for the finish, clocking a time of 57:54, putting me in 4th place in the road bike category, only seconds off the podium.