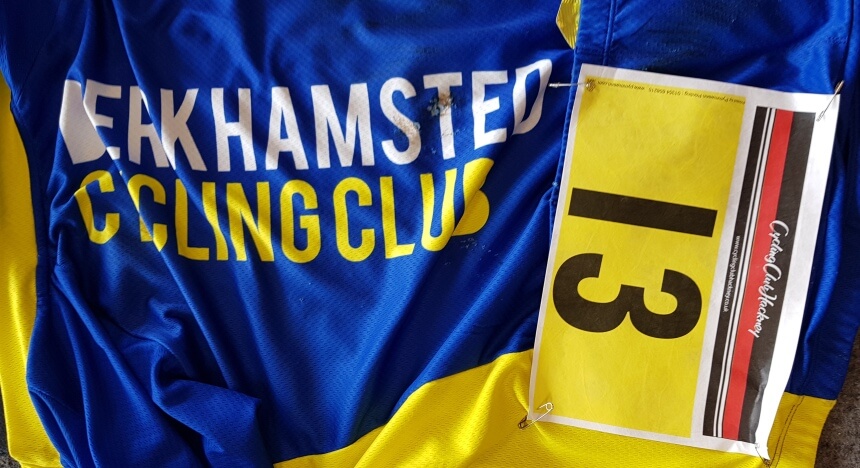 James Taylor was racing on both days of the weekend, again. He has rapidly moved from a Cat 4 rider with no points to a Cat 3 racer. That impressive fact apart, he is now ranked 113th best time trialler in the country! Read about his spectacular performances below.

After managing to navigate through the back streets of London, I turned up at the Lee Valley Velopark ready for my third race of the season. I had been given number 13 for the race, perhaps it would be lucky for me.

Having never ridden the track before, I had one neutralised lap to learn the course, fortunately the first few laps weren’t very quick so I got a bit longer to familiarise myself.

Adopting the Steve Cummings role of sitting on the back of the group conserving my energy, I watched as multiple breaks tried and failed to get away due to the strong headwind on the finish straight. Only once did I have to chase back on when not concentrating while having a drink. Now I had to decide when was best to make my move.

With 5 laps to go a small break went off the front and pulled out a decent lead. Looking like the break could stay away this time I made my move at the start of the next lap. As I attacked I checked back to see if anyone else was joining me, but nobody was.

Within half a lap I had bridged the gap to the front three and then tried to recover on the back of the group. With three laps to go I checked back again and the main bunch were beginning to close the gap so I moved to the front and upped the pace.

With two laps to go I looked back and we had a decent lead again, meaning it would be a race between us for the win.

Not wanting to get boxed in for the sprint like last week, I decided I would start my sprint early. As we rounded the final bend, I put the hammer down, topping out at 1,359 watts, sprinting for the line. Unfortunately I was pipped on the line, and finished in 2nd place earning 8 BC points. This makes my total for the season 12 points and enough for my Cat 3 licence! Looks like number 13 was lucky for me!

Richard Metcalfe also raced and stayed in the pack for the majority of the time but the surges in pace brought about by the attacks were to much and Richard finished safely near the back of the peloton.

With heavy legs I rode over to Cheddington village hall on a drizzly Sunday morning.

The course was two laps through Mentmore via Wingrave, 30km in total, fortunately for me much less hilly than last week.

I settled into a decent rhythm on the first lap, but as I started the second my legs began to tie up and I struggled to keep the power down. Only another 20 minutes of suffering!

I finished with a time of 50:50, which placed me in 6th overall. Combined with my other TT results I’m currently ranked 113th in the country! 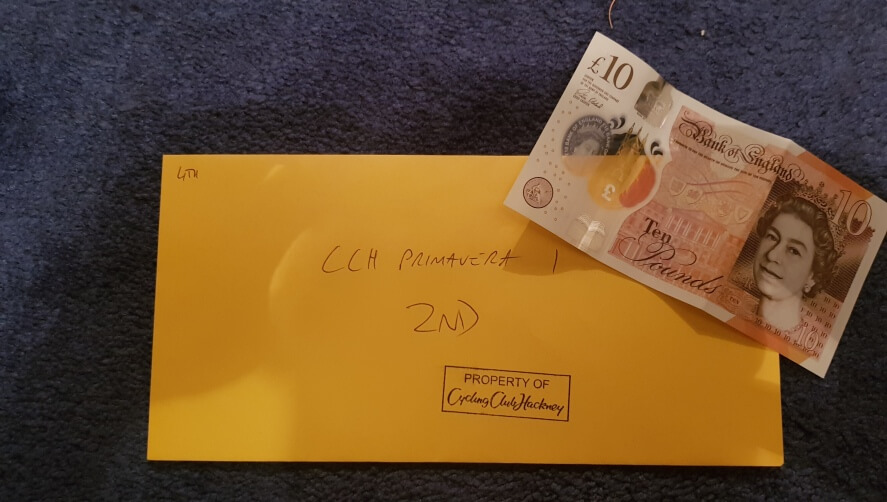