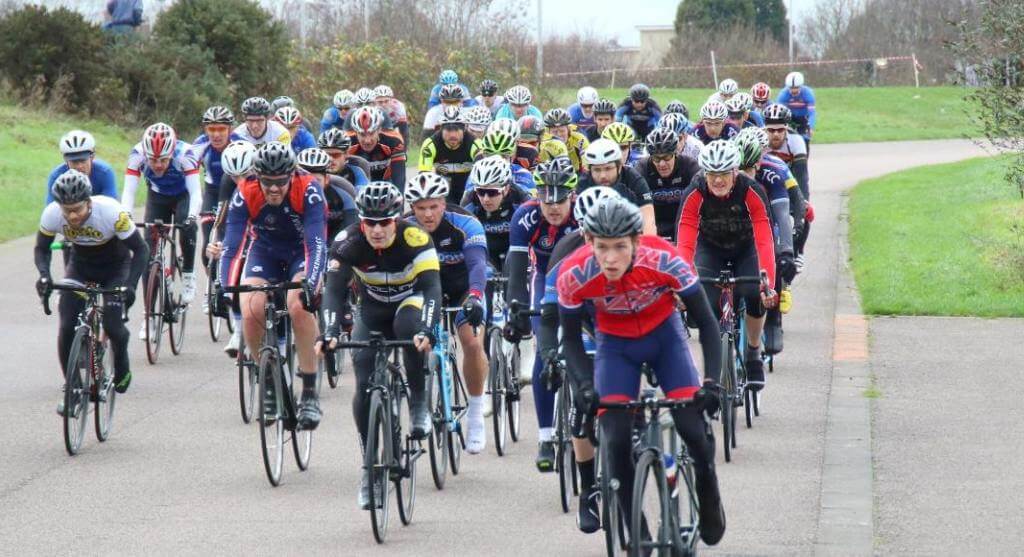 Saturday 12th December saw round 2 of the Hillingdon Winter Series in windy (but not as bad as round 1) conditions.

The Lovelo Cinelli Race Team was out in full force as this was the first round of women’s racing. Many of Lovelo RT are BCC members but there were no riders sporting BCC colours.

The women’s race started just before the men’s and the Lovelo team were very strong, Melinda Atkinson, Hannah Priest, Amy Shiliday and Charlotte Verrinder all taking turns at the front.

The men’s was soon underway and (after slipping a chain at the start) Nick Clarke formed a 5 man breakaway teaming up with HHCC rider Josh Crow-Stewart. Spencer Wilson and Lloyd Wright were in the main bunch.

After 5 or 6 laps Amy managed to get a mouthful of gravel thrown up from the wheel of a rider in front and had to stop as she couldn’t breath. Her words at the side of the track were ‘I was really enjoying it and the girls were really working well. I felt strong and am really disappointed that I had to stop’.

The Lovelo women’s team continued to set the pace thanks to great team work. Melinda even had time to shout hello’s to spectators – obviously not working hard enough.

In the men’s race the 5 man break had a max advantage of 1 minute but 3 or 4 riders started to bridge across and the lead bunch grew.

Unfortunately on the penultimate lap of the race there were two separate crashes. The first in the main men’s bunch on the finish straight and the second in the women’s bunch at the top of the track on the corner section. Charlotte was injured in this and all at BCC wish her a speedy recovery.

The Commissaire had to act quickly and stopped (black flagged) the men’s race. The women’s race continued and Hannah finished in the top 5.

The riders in the men’s race agreed to split the points between the 7 riders in the breakaway. Nick is on his way to moving from Cat 4 to Cat 3 racer.

Many thanks to Paul Gardner for the photos. 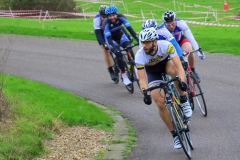 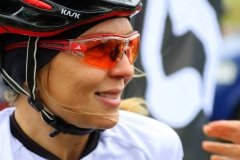 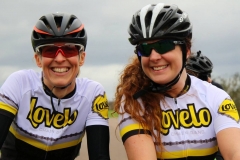 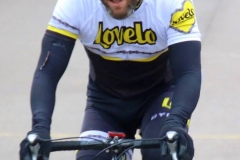 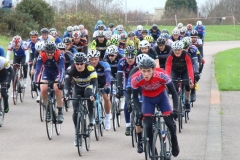 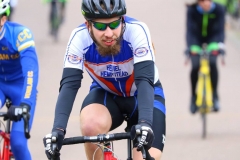 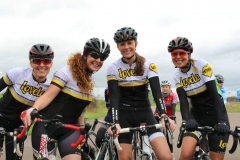 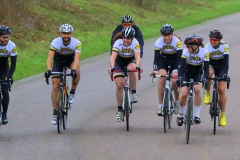