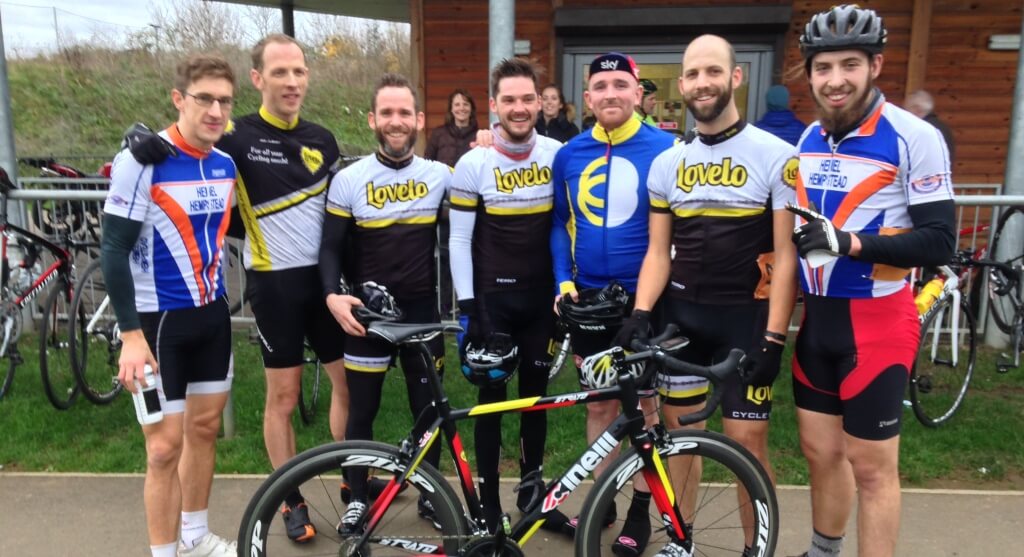 The first race of the Imperial Winter series at Hillingdon on 5th December 2015 saw a large turnout of riders. Many use the series as a way of keeping fitness levels going from the summer or from autumn cyclo-cross races.

There was a buzz in the air at sign-on as for many it was there first closed road criterium race and the weather wasn’t ideal as strong winds were forecast.

Both races were full via online entry but there were a couple of no-shows so entry on the day was possible.

Club member James McGahern was a little nervous as this was his first crit race but everyone was offering support and advice. Club partners Lovelo Cinelli RT had a full team with Mike Kazer, Matt Verrinder, Spencer Wilson and Nick Clarke.

The 45 minute race started at 13:10 and it was immediately apparent that the strong headwind on the finish straight and side-wind at the top of the course would play a major part in the race.

James hung onto the pack for as long as possible but the pace and windy conditions proved too much and he lost contact. James later said ‘Great experience and I time-trialed myself to make the most of the race’ Huge respect to James for finishing!

The Lovelo team were very strong in the race with individual riders taking strong pulls at the front. Results are yet to be published but they are likely to be in the team top 3.

The next race in the series is on Saturday 12th December and includes a 40 minute Women’s Cat 3 / 4 race. Enter online at the Imperial Winter Series website.

Spencer on the front!