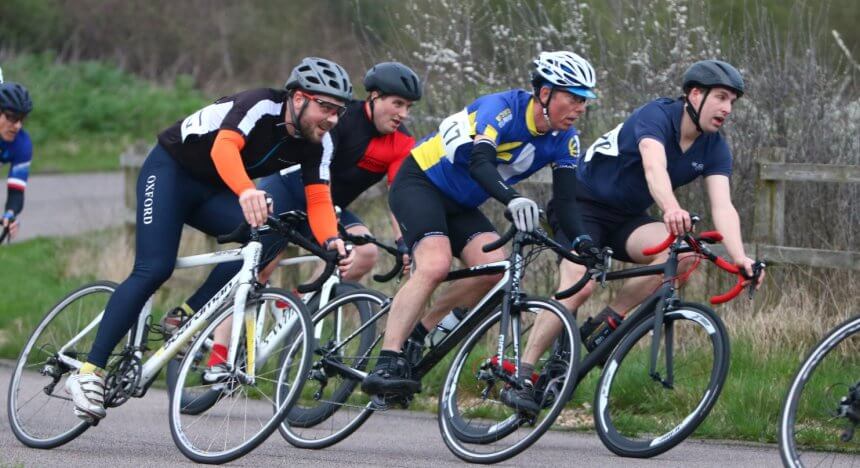 Matt and Richard raced at Hillingdon crit circuit for the first of the year’s Tuesday evening BC West Thames series of events.
Richard entered the 4th cat only race and Matt the 3rd cat only. 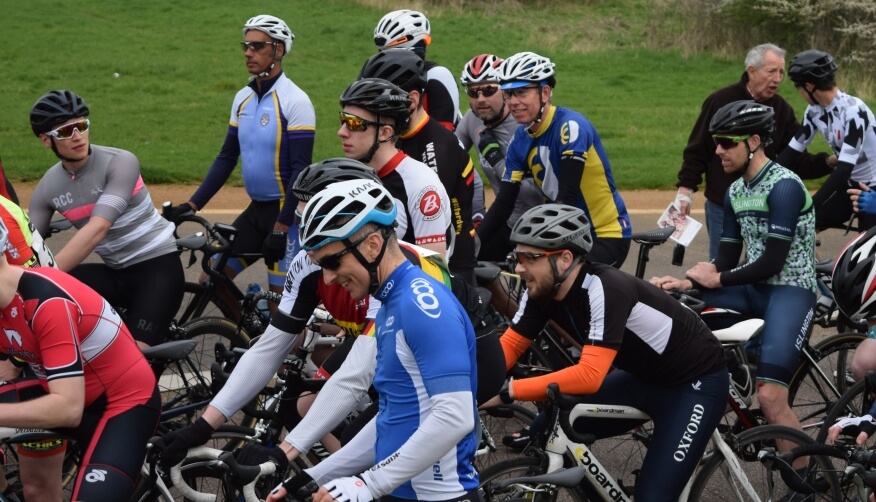 The 4th cat race was the first to start and Richard stayed mid pack for the majority of the time. There were a couple of attempts at a break but none of them stuck. Conditions were not ideal with a cross head wind on the finish straight that proved to be Richard’s undoing.

The final lap bunch sprint was a close run affair with Rich finishing safely near the back of the pack as the combination of headwind and strong sprints proved too much.

Richard was happy with his race with many race tactics learnt and is looking forward to the next one. 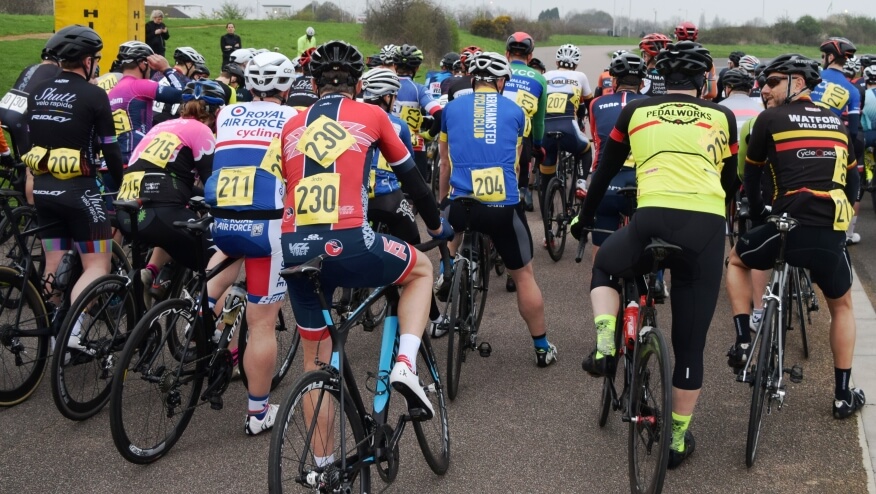 Matt was up next with the 3rd cat race that followed a very similar format as the 4th with the bunch staying together for most of the race. Matt kept close to the front but managed to stay out of the wind.

On the last lap Matt moved up and when 3 riders attacked off the front he went with them. Unfortunately the riders ran out of power which left Matt taking the head wind as the bunch rounded the final corner and Matt was swamped in the sprint with 300 meters to the line. Provisional results has Matt around 15th place. Live to fight another day! 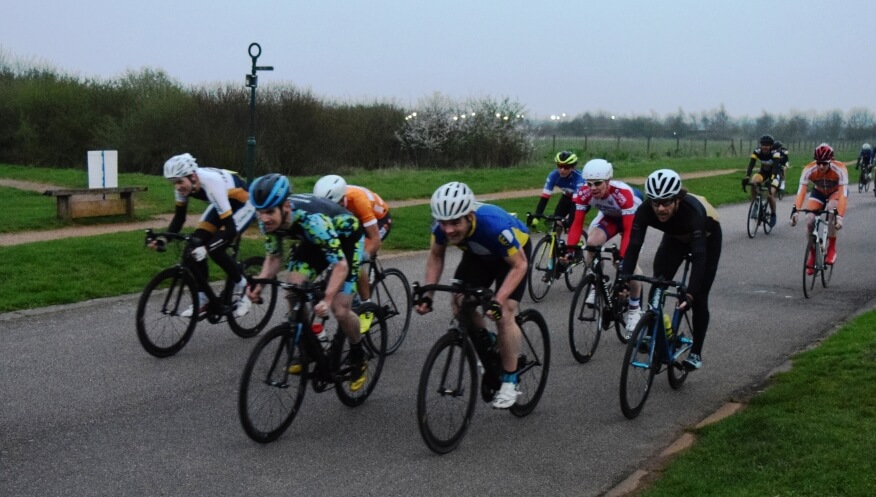