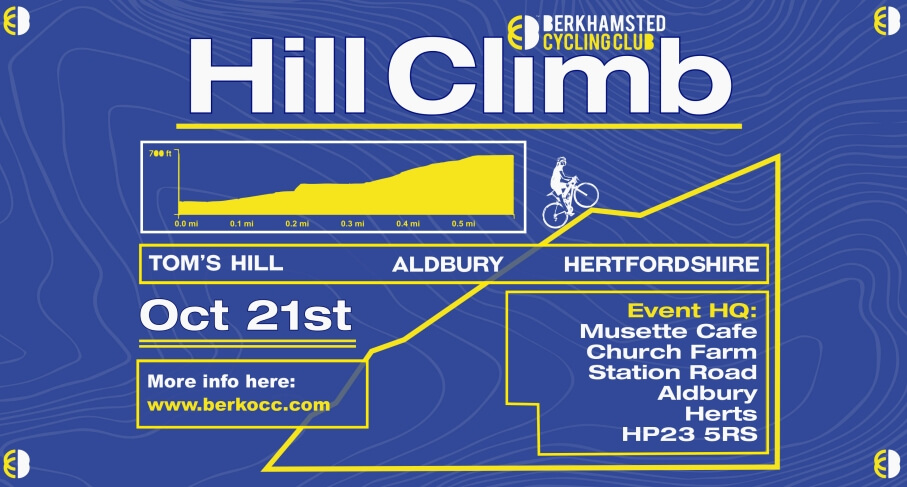 Our annual test on Tom’s Hill was held on a crisp, bright Sunday morning which saw the picturesque village of Aldbury bathed in beautiful Autumn sunshine, and views across from the hill tops looking down onto mist-shrouded valleys. It couldn’t have been a better setting for the 36 riders who had come to support our event. The first rider was underway at one minute past nine, and after enduring three minutes’ worth of pain it was all over for him. Although there are no viciously steep inclines on the hill, it is quite challenging, and more than a few competitors mentioned how hard they had found it.
All seemed to have enjoyed the hurt of the competition though, and a steaming but happy throng made their way back to the event headquarters in Musette Cafe for refreshments and the awards ceremony.
Fastest time of the day went to Calvin Cheung from Hub Velo, with a most impressive two minutes and six seconds, while Karine Jones from Verulam Really Moving took women’s honours at two minutes, fifty two seconds. Well done Calvin and Karine. BCC were represented by a small, but perfectly-formed group, who put in some good performances, but fell just short of collecting medals. Next year they have promised to win.
This event has always been run as a B Category “closed” club event, but we are looking at running it as an open event for next year. With a larger field than ever before, and many entrants vowing to come back next year, 2019’s running could be even better.

A great day of racing. Well done riders, volunteers, supporters and Graham for organising the event. 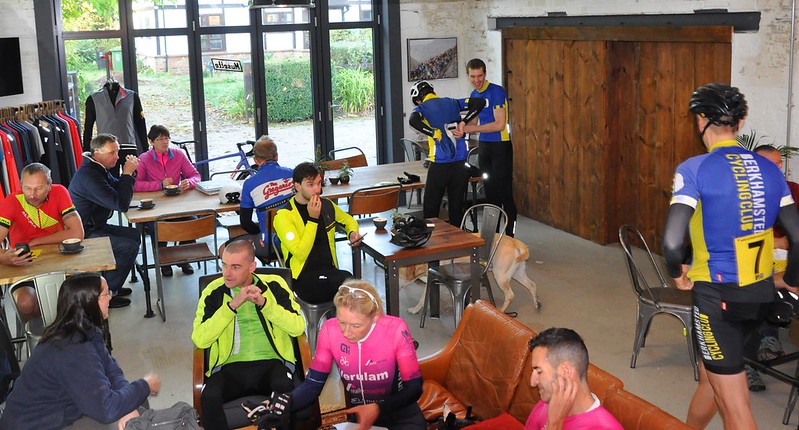 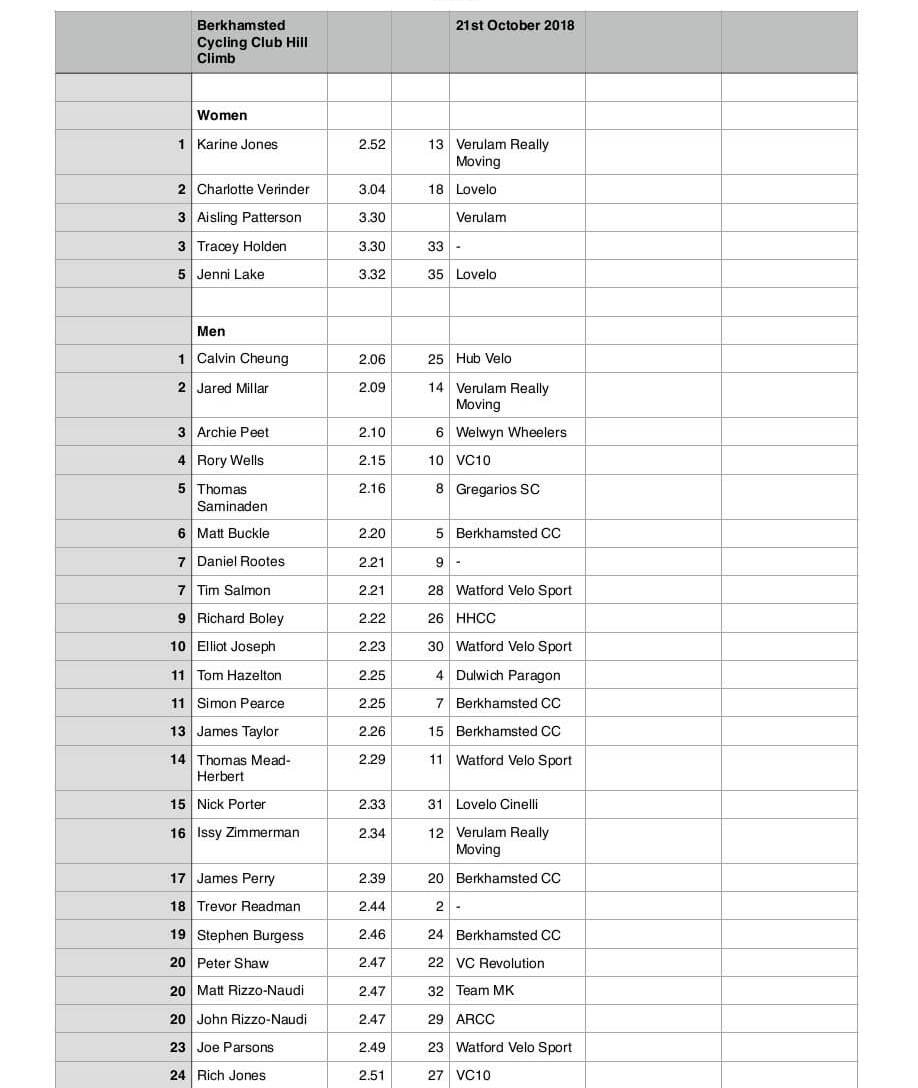