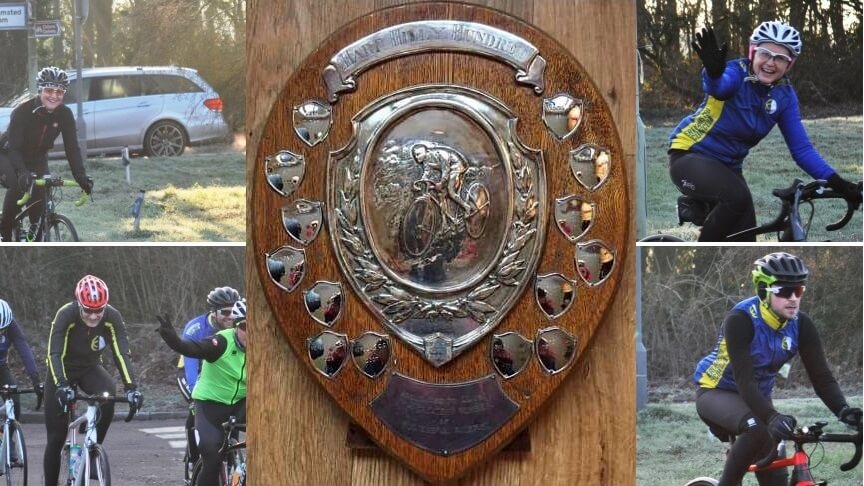 *Update* BCC have won the Harp Hilly 100 shield for the 5th consecutive year in a row with 58 riders completing the ride.
Verulam Cycling Club were our nearest competitors with 21 riders finishing.
The HH100 Shield was presented to Berkhamsted Town Mayor Sue Beardshaw for display in the Town Hall. Please see the photos below.

The annual Harp Hilly Hundred ‘call to arms’ came from the BCC Committee. Initial club entry numbers looked promising and we knew there was a good chance that BCC could retain the shield. That said, rumours were rife that Verulam CC were keen to reclaim the trophy for their cabinet! We could not afford complacency especially at this time of the year with the constant threat of winter coughs, sneezes and other diseases, that, and any injuries or strains, could spell disaster.

The morning of Sunday 20th January rolled around. As predicted, there had been a number of club riders that had dropped out due to illness, injury and last minute commitments but our ride coordinator had liaised with the HHH organiser and managed to re-allocate some spots.

The weather on the run-up to the ride had been very cold and there was no guarantee that the event would take place as planned.
As it turned out Sunday morning was very cold with temperatures at -2 during the night before and the mercury didn’t rise above + 4 for the ride itself. 60 well wrapped up club members lined up for the start with lots of talk of black ice, finishing and getting back to the start HQ for warmth, coffee & cakes.

A special mention to ex-chair Michael Gower who made the journey up from Kent to ride with the club.

Soon everyone was underway, feeling the cold but soon warming up with the hills of the Chilterns. There was the distinct possibility of punctures and one or two members had this misfortune but everyone rode in groups so help and support was at hand.

Club racer Simon Pearce whistled solo round the course in 3 hr 16 min at an average 19.5 mph with a slow puncture! Simon is well on his way to superhero status!

Everyone had a great (albeit cold) ride and the club have now received official confirmation that we have retained the Harp Hilly Hundred Shield. 58 riders completed with our nearest rivals, Verulam CC, having 21. Congratulations to all riders and supporters. Truly a great BCC achievement to win the trophy 5 years in a row!

Big thanks to the HH100 organisers and Trevor Hill who captured a superb day out on camera. 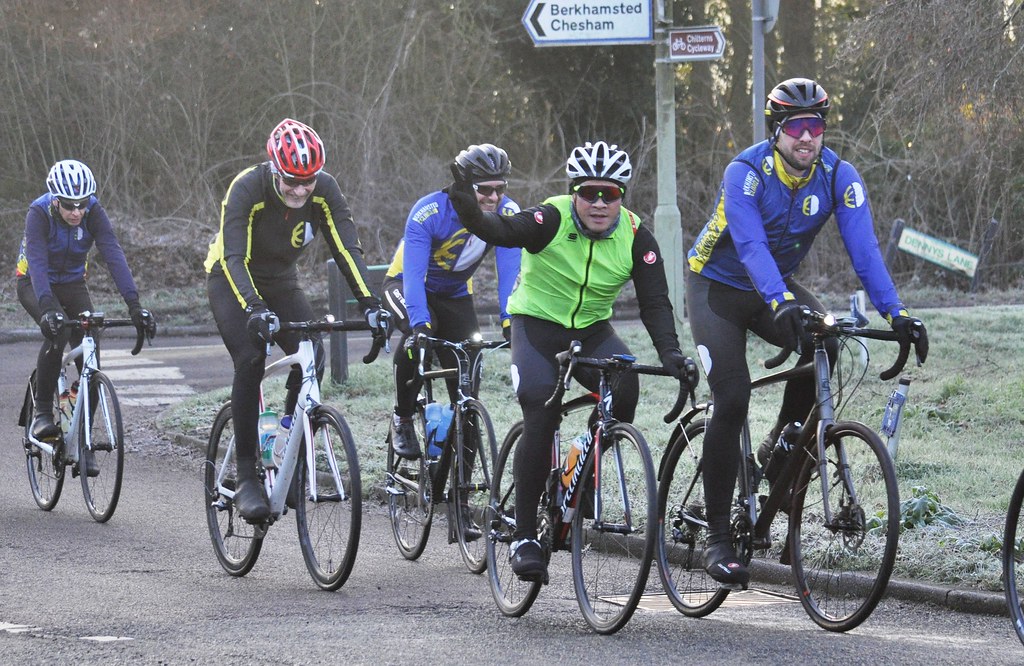