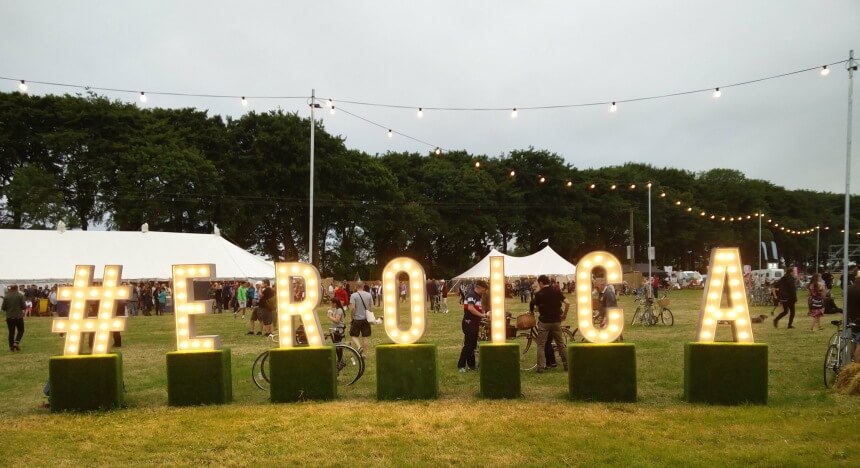 Over the weekend of 17th June, the retro bike ride and festival ‘Eroica Britannia’ took place in the Peak District close to Bakewell. Two club members Trevor Hill and Tim Newman were at the event. Trevor has written a short article with a few pictures…

‘I made my way up to the new location for Eroica at Friden Grange Nr. Buxton in Derbyshire on Friday with temperatures touching 30 degrees and similar outlook for the weekend. I had opted not to camp but had booked two nights in a YHA 4 miles from the event; soon checked in, unloaded and was off on my trusty 1985 Raleigh racer to register. The goody bag was awesome and the Grange was the perfect location. Lots of classic bikes, parts for sale, beer tents, a gin club, every kind of food stall you could think of, fun fair, child bike ride area and sound stage. 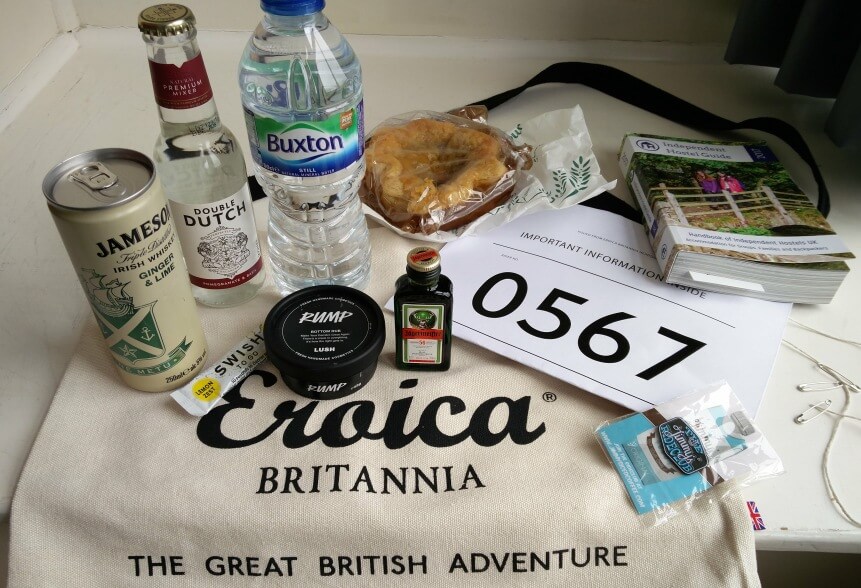 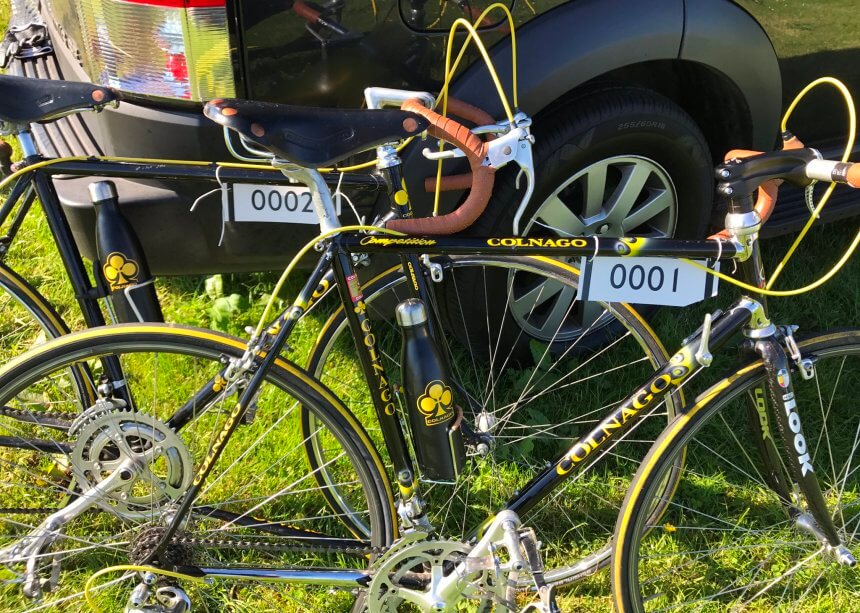 Saturday was predominantly ‘show day’ with best bike and best dressed. The range of people at the event was huge from lycra to tweed with a few woollen cycling shorts thrown in. I helped VeloSure break the world record for a static bike relay by cycling 1 km along with 350+ other people and also meet Leigh Timmis. He cycled around the world covering over 70,000 km in 7 years. A brilliant chap who also agreed to give a talk to the club. 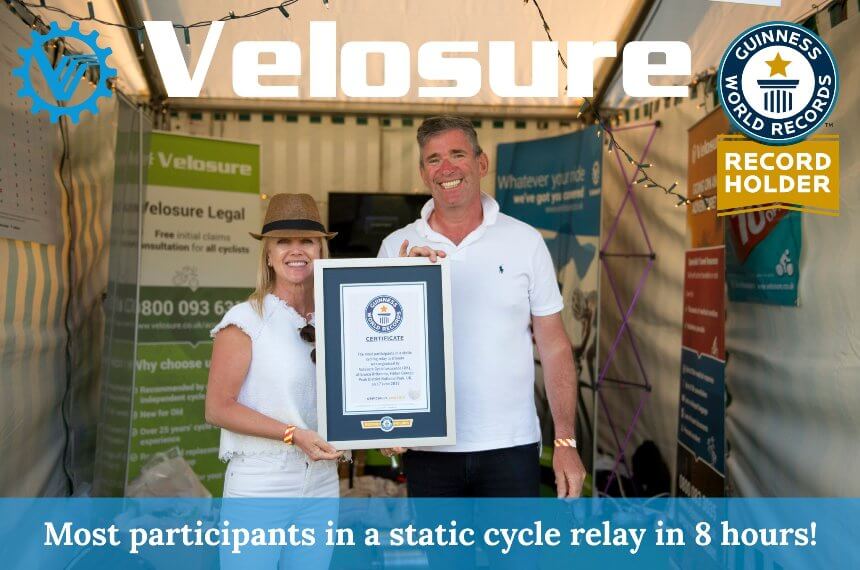 I meet up with Tim where he and his brother had just collected two freshly restored Carltons that had been in the family for years. With the impending very warm Sunday and Tim with a new Brooks saddle we both thought it wise to do the 55mile ride and not the 100. 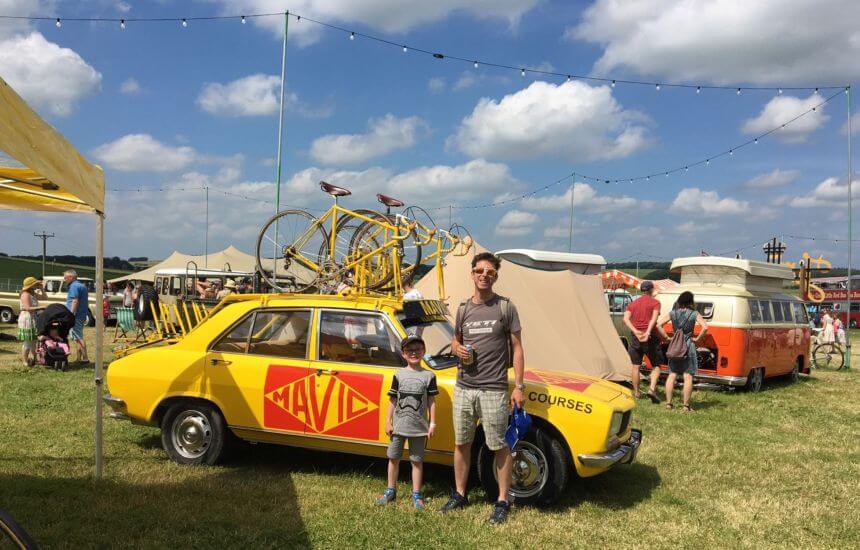 Saturday night had Martin Fry and his band ABC on the main stage, they put on a crowd pleasing set with their old classics mixed in with one or two new tracks.

Sunday rolled around with the alarm going off at 6am and me on the start line by 6:30; this was on purpose to avoid the midday heat and some of the 5000 riders.

The ride was fantastic with around 20 miles of car free Strade Bianche white gravel trails across the high peaks. The feed stops were very well stocked including cask real ale and Bakewell tarts. The 55 mile route was changeling but the Raleigh didn’t miss a beat. Rolling back into the festival I was meet with cheering crowds and a finishers ale. 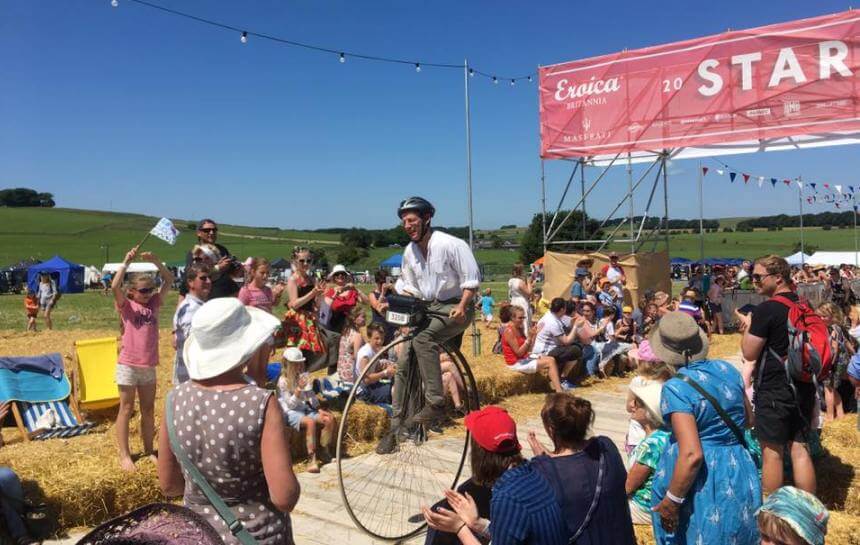 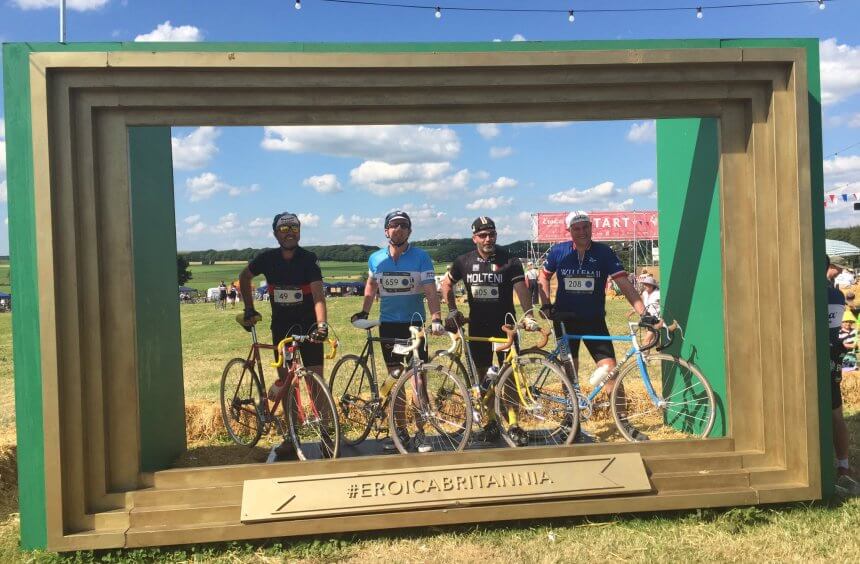 All in all, a very enjoyable weekend and I urge anyone to go next year. It’s not exclusive to old bikes. The spirit is to enjoy cycling.’