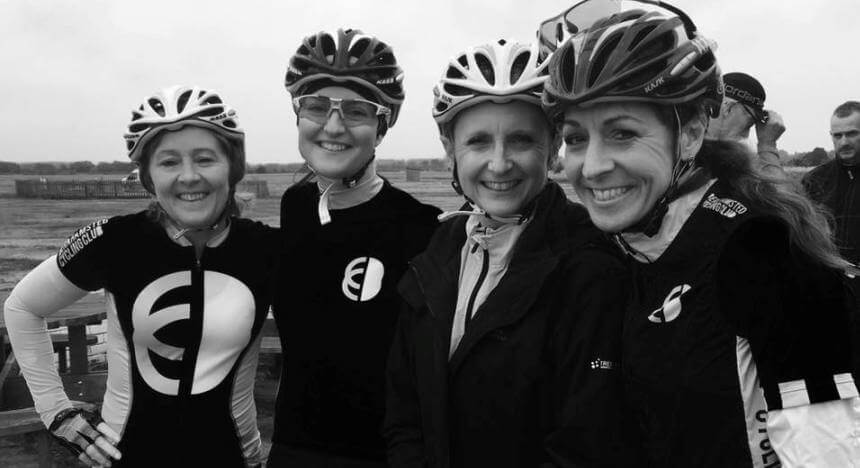 Four of the clubs ladies entered a team time trial hosted by Bicester Millennium Cycle Club (BMCC) on Tuesday 27th June 2017. Along with four of the men Richard, Graham, Ian and Alan.

The 4 Up TTT experience at BMCC’s organised event was agreed to be one ‘the four’ who took part would repeat again. Despite all saying it was ‘for fun’ and an experience, this approach pulled a group of ‘vets’ together with mixed years in the saddle, including various event trails in triathlon, club riding, and much more besides; but never a time trial.

Originally the ladies were set this challenge by Heidi Dore, who would have taken part if she could, next time Heidi, and two teams formed.
A one-up ride test loop near Puttenham set the two team grouping. Heidi was in charge with a stopwatch, the tactics, safety, technique were discussed, and training commenced thereafter. As a group Margot, Sarah, Cat & Janice rode in part together over the two months, and continued with their own normal training, some road trips, club rides, and indoor cycling. The four came together for the first time on the night.

The weather forecast was dire, and the nerves probably showed a little as other teams and the form looked good. The event was confirmed running only half hour before-hand.

The warm-up up gave an opportunity for some leg rolling, but it was agreed to stay right, change off the front every 20 seconds, except for corners, and the words for communicating had been chosen. Keep it simple!

The water and gels consumption before the race happened as the ladies waited by the clubhouse and then the start area watching other teams roll-out. BCC were team 8. There were some things that hadn’t been considered but just happened and went like clock work – phew!

The standing start, being held on the bike, deciding the order in those 2 minutes on the side whilst waiting for the countdown and bleep from the start machine were new. The ladies rolled out in line, no flinching, steady, and a little quiet. 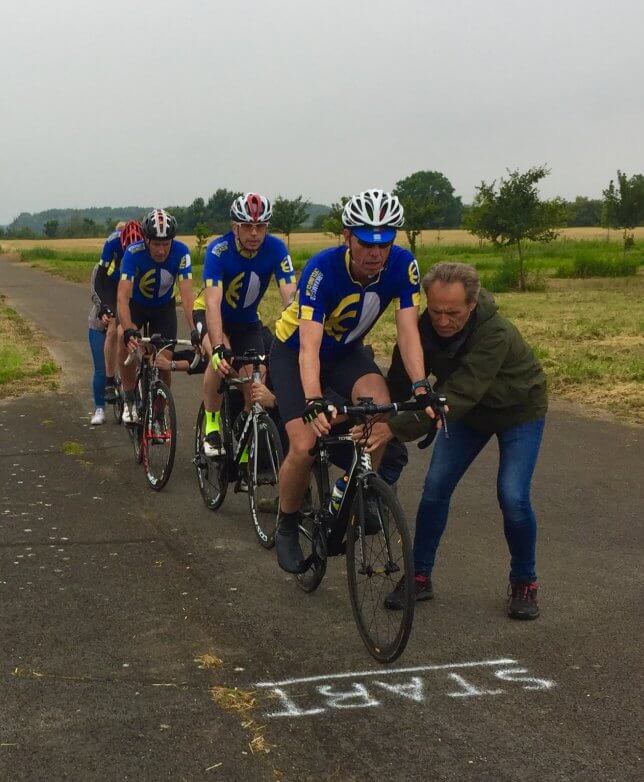 It became evident there was a definite slope and a false flat on this airfield course, along with some lumps, and grass ruts beside the track to avoid. The cross wind influenced some energy sapping but the group looked tight, neat and finished in a great time outside of fourth place, very close and certainly with potential to close those gaps in the future. What does the future hold? We will see; but this is definitely achievable, fun and a great experience for club riders. It proved to be a time for bonding, setting the bar, and getting a taste for what the ladies at BCC could do again and with other recruits.