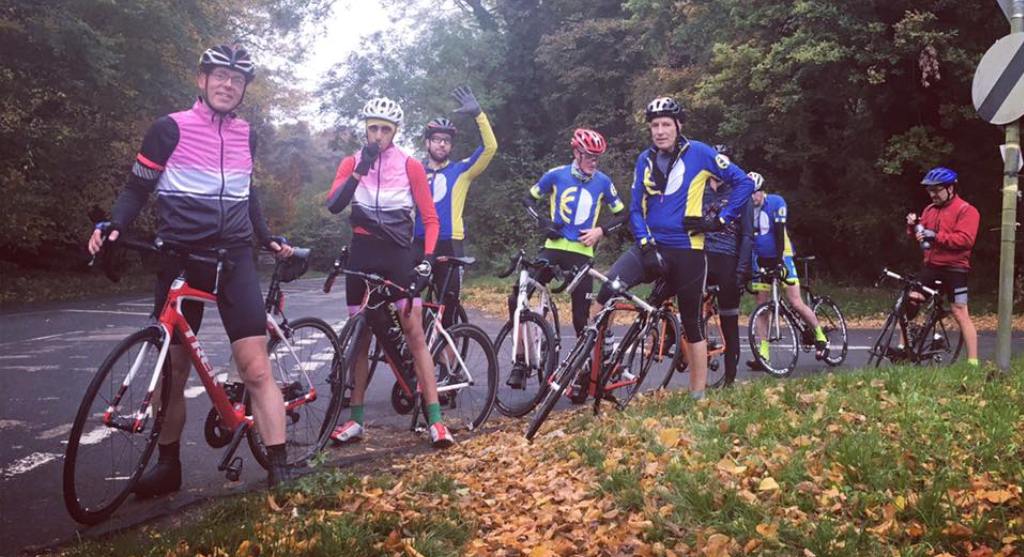 The club ride on Saturday 29th October was a combined ride with our local ‘other’ BCC (Beaconsfield Cycle Club) organised by Ian Smith (our ride coordinator) and Simon Everitt the Chairman of Beaconsfield CC.

This meant an earlier start with around 40 club members meeting up with Beaconsfield CC at Great Missenden. Groups were formed into levels of ability, distance (30 to 45 miles) and amount of climbing.

The routes took in The Chilterns in their Autumn splendour with perfect cycling conditions for the time of year, namely no wind or rain. The villages taken in were Great Hampden, up over Longdown Hill to Askett, then through Longwick to Chinnor. Along the B4009 to Kingston Blount, then left turn up Kingston Hill to Stokenchurch and the highest point of the ride. There followed a high speed run down to West Wycombe then a left turn and the fiercely steep climb up the infamous Smalldean Lane (where some riders had wheelspin even sitting down!) and then on to Speen. Then another fast downhill along Bryant’s Bottom, to the Hughenden Valley.
The route headed back to Great Missenden for a very well earned coffee, cake and much bicycle related banter.

No one crashed and a great time was had by all; many riders put in 60+ miles with the round trip to Berko.

Many thanks to Beaconsfield Cycle Club for hosting a great ride. 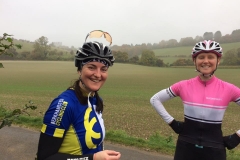 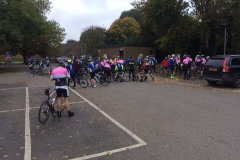